Breaking Through the Sound of Air Raid Sirens 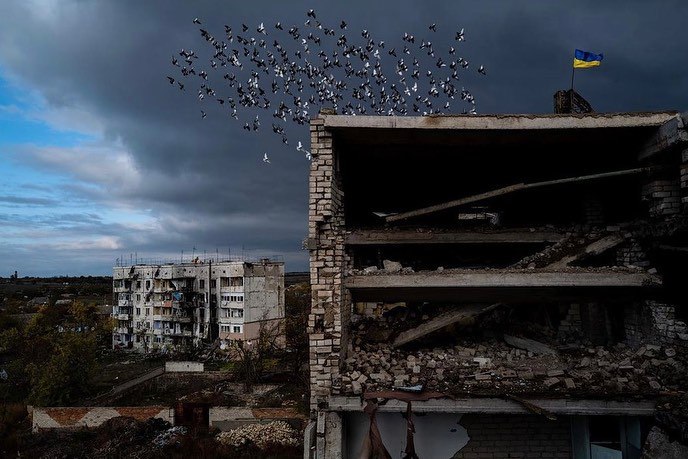 Breaking Through the Sound of Air Raid Sirens

Breaking Through the Sound of Air Raid Sirens:

It is the ninth month since February 24, 2022, when Russia launched the full-scale invasion of Ukraine and the ninth year of Russian war against Ukraine since the annexation of Crimea, parts of Donetsk, and Luhansk regions in early 2014. We, the representatives of Ukrainian evangelical theological educational institutions, have witnessed massive war crimes, including numerous acts of violence, irrational cruelty, inhuman treatment of civilians, destruction of cities, executions of peaceful civilians, rapes, pillaging, and plundering.

This act of aggression caused a massive humanitarian crisis. More than 11 million Ukrainians crossed the border, and 7.7 million became refugees; the majority of those were women and children. More than 8 million people left their homes and are internally displaced now. More than 17 million, including 3 million children, are in urgent humanitarian need without access to food, water, health care, and other essentials. There has been catastrophic damage to civilian infrastructure, including hospitals, energy supply lines, and power plants. 2,714 educational institutions have suffered bombing and shelling, and 332 have been destroyed completely. 270 religious buildings were damaged by Russian attacks, including buildings belonging to evangelical communities. Russia’s grave violations include kidnapping and torture, child trafficking, injury, and killing of civilians: about 1,000 girls and boys have been killed or injured in Ukraine. About twenty percent of Ukrainian territory is occupied now, and attempts are made to annex these territories. The atrocities of war are still taking place.

Russia has created the largest war and the greatest displacement crisis in Europe since World War II. the war has caused and will intensify economic instability and continues to terrorize the entire world. The blockade of Ukrainian Black Sea ports stopped the shipping of grain, which caused a food crisis and put millions of people in the world’s poorest countries on the brink of hunger. A malfunction at Zaporizhzhia Nuclear Power Plant, which is currently controlled by Russian forces, could lead to the release of radiation, affecting large portions of Europe. Russia’s assault, motivated by coldly pragmatic grounds, results in profound divergence between not only Russia and Ukraine but East and West. As a deliberate crime against a sovereign country, it causes the rise of authoritarian regimes challenging the global security architecture. Russia’s attack on Ukraine is an unlawful, unjust, and unprovoked war condemned by the world community.

As the representatives of the people of Ukraine and the Ukrainian evangelical community, we invite you to stand with the victims of Russian aggression, imitating the example of Christ by identifying with them and refusing to stand silently aside as if nothing is happening. Join us in grieving together with those who lost their family members in Irpin, Bucha, Hostomel, Mariupol, Kharkiv, Izium, Chernihiv, Sumy, Kramators’k, and other cities and numerous towns of Ukraine.

Do not turn away from the victims of violence but rather, together with them, demand justice to be served in earthly courts even now, prior to the Judgment sentenced by the Righteous Judge. Pray for the millions of internally displaced people and refugees, for families that are torn apart, for families of fallen soldiers, for people that lost their homes and now cannot imagine what their future will hold. Stand with us!

We are deeply grieved by the fact that many leaders of Russian evangelical church unions, pastors, and community members remain silent. At best, they speak cautiously of prayerful support and help to refugees. We are grateful when they care for others. But they refuse to denounce the “Russian World” ideology and give a biblical and moral assessment of the causes of war and the Russian army’s war crimes. As we witness the atrocities committed in Ukraine, we cannot remain in communion with those church “leaders,” educational institutions, or unions of churches that associate with the perpetrators of aggression by openly supporting or passively complying with it. Consciously or not, they have recognized Caesar as their “lord” and renounced the early Christian confession that “Jesus is the Lord.” They have traded the compassionate unity with the crucified Body of Christ in Ukraine for personal security and proximity to the political elite of the empire.

Therefore, we ask the worldwide Evangelical community to condemn the silence, detachment, and open support of the war with Ukraine exhibited by the Russian Christians. Stand with us in a call for leaders to repent of their explicit or disguised support of Russia’s misanthropic imperial policy, the ideology of the “Russian world” and aggressive war against Ukraine.

Even still, Ukrainian theological institutions continue their mission amidst air raids and strikes at the energy infrastructure, power plants, and other civil infrastructure. We plead with you to use all the means to support Ukrainian educational institutions with your prayers, educational resources, and finances to help them get through these dark times. We call on the international Evangelical community to be proactive in dealing with the genocidal acts of the Russian Federation. We urge you to give an objective assessment of the invasive war and the Russian Federation army’s war crimes, considering not only the mouthpieces of Russian propaganda and their repeaters in a religious environment but also the testimonies of the Body of Christ in Ukraine who experience the true goals and means of this war. We express our deep and sincere gratitude to those churches, missions, and humanitarian organizations that are doing their utmost to alleviate the suffering of Ukrainians, those who have become refugees in neighboring countries, and those who are still in Ukraine, bearing the burden of the war. “Whoever gives you a cup of water to drink because you bear the name of Christ will by no means lose the reward.” (Mark 9:41 NRSV)

We call for solidarity with the millions of Ukrainian refugees and those hundreds of thousands in grave danger under the Russian occupation or on the front lines of war. We ask you to join us in prayers to the King of Peace for the restoration of Ukraine’s territorial integrity, establishment of just and lasting peace, and guarantees for our country’s protection from new acts of aggression by Russia.

Rise up, Judge of the earth; pay back to the proud what they deserve.

The Appeal is on behalf of the following theological educational institutions of Ukraine: